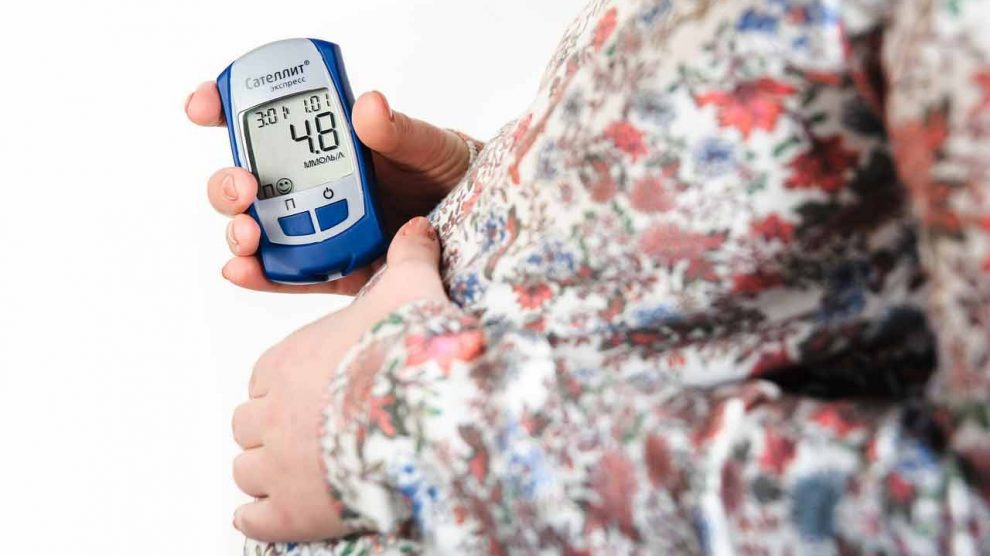 4-10% of women will suffer from gestational diabetes. What is the meaning of the phenomenon and what is the difference between it and pre-gestational diabetes? How do you diagnose? How are you treated? How does it affect the birth and the fetus? All the questions and answers are waiting for you right here

Urvi, 25 years old, is a generally healthy woman. During her first pregnancy she was diagnosed with gestational diabetes which was treated with insulin. Before the birth, following a suspicion of a large fetus, the weight of the fetus was estimated and determined at 4,250 grams. Following the results, the doctors decided to give birth to Hagit by caesarean section. The son was born healthy at 40 weeks weighing 4,400 grams.

Sajiya, 33 years old, has juvenile diabetes and is treated with insulin in a pump. Savita has mild kidney dysfunction and hypertension. Before the pregnancy she was consulted and when the diabetes balance was optimal and the blood pressure was well balanced, the doctor approved her to become pregnant.

During her pregnancy, she was closely monitored in a high-risk pregnancy clinic, and was even hospitalize from the 30th week due to an increase in blood pressure. She gave birth in the 34th week of her pregnancy to a healthy daughter weighing 2,000 grams.

What is the prevalence and what is the significance of gestational diabetes?

Gestational diabetes is a relatively common phenomenon, affecting 4-10% of pregnant women. The rate of maternal and fetal complications increases in women with diabetes during pregnancy, who tend to give birth to larger babies compared to women without diabetes. A large fetus (macrosomic) is a fetus whose birth weight is estimated to be more than four kilograms.

During the birth of large babies there is a greater incidence of complications, such as tears in the birth canal, instrumental births, and cesarean sections. Another complication, relatively rare but one that may have long-term consequences for the newborn, is a situation where the baby’s shoulders get stuck after his head is born ( shoulder dystocia in the professional language).

For this reason, when the fetus is estimated to have a high weight, especially in women with diabetes, doctors recommend a caesarean section.

How is gestational diabetes diagnosed?

All pregnant women undergo a screening test between the 24th and 28th weeks of pregnancy , which includes  a sugar loading of 50 grams (no need for prior fasting) and a blood test an hour later.

If the results show that the blood sugar level is higher than 140 milligrams per deciliter (mg/dL), a diagnostic test must be performed that includes a fasting blood test, followed by a 100 gram sugar load and three additional blood tests – one hour, two hours and three hours after the loading (Normal values ​​are up to 95 fasting, and 180, 155, and 140 mg/dL respectively).

There may be situations in which the doctor decides to carry out the sugar loading at an earlier stage of the pregnancy, or to carry out a sugar loading of 100 grams without carrying out the screening test. For example, in women with significant excess weight; women with gestational diabetes in previous pregnancies; or women who have given birth to a large fetus in the past.

Another possibility is that it is decided that there is no point in loading 100 grams of sugar at all, as in the case where the sugar level after loading 50 grams is higher than 200 mg/dL or the fasting sugar is higher than 125 mg/d To.

I was diagnosed with gestational diabetes. What to do?

In the first stage, a low- sugar diet is recommended (it is desirable to significantly reduce foods and drinks high in sugar) and physical activity according to the woman’s ability and the course of pregnancy. The diagnosed woman will usually receive a referral to a dietician, who will help her build a personalized menu.

If there is no balance after one to two weeks of dieting, drug treatment should be started, usually insulin .

What is the recommended follow-up for a woman with diabetes during pregnancy?

Women with diabetes during pregnancy (pregnancy or pre-pregnancy) will sometimes be monitored in a clinic for at-risk pregnancies and in a diabetes clinic . The frequency of visits will be determined according to the severity of the diabetes and the degree of balance.

Women who need medication to balance their diabetes will usually be under closer follow-up, which will also include monitoring the fetus starting at 32-34 weeks according to the doctor’s discretion, and sometimes twice a week.

How do you treat a pregnant woman with diabetes?

The accepted treatment for balancing the glucose level in diabetics is insulin. Even women who were treated with pills before pregnancy will usually start receiving insulin treatment (through several injections a day or pump treatment).

Sometimes, depending on the doctor’s discretion, it is possible to try and balance the diabetes during pregnancy using pills and not insulin.

And what about the timing of the birth?

In women with gestational diabetes that is well balanced by diet or a low medication dose, the pregnancy can be continued to term.

In women who are unbalanced or who are balanced with relatively high doses of insulin, it will usually be recommended to give birth at 38-39 weeks.

Can women whose diabetes accompanies them on a daily basis get pregnant without endangering themselves?

Until the middle of the last century, women who suffered from juvenile diabetes had difficulty getting pregnant, and those who did – a very high rate of pregnancies ended in the death of the mother and the fetus.

Today, although the treatment of pregnant women with pre-gestational diabetes is complicated, these pregnancies have a high success rate. Of course, the chances of success also depend on the medical data of each woman giving birth, such as the severity of the diabetes and the degree of damage to other target organs such as the kidneys and blood vessels – and the degree of responsiveness of each woman to the treatment offered to her.

What is the importance of pre-pregnancy counseling?

Counseling is of critical importance on pregnancy outcomes. Women whose blood glucose level is not balanced at the beginning of pregnancy (the period when the fetal systems are developing) will have a high rate of miscarriages and fetuses with defects. In addition, women with an unbalanced glucose level may develop complications related to the balance of the sugar level in the body such as hypoglycemia (very low blood sugar) and hyperglycemia (excess glucose) with ketoacidosis.

It is important to assess the severity of the damage to the organs affected by diabetes: the eyes, kidneys and heart. For example, if there is damage to the kidneys, it is recommended to wait upon becoming pregnant until the kidney function improves, either through drug treatment or even sometimes through a kidney transplant . If the woman is balanced without significant damage to the mentioned organs, she can be allowed to become pregnant while being closely monitored.

Are there more defects in the fetuses of women with pre-gestational diabetes?

Yes, but the rate of birth defects will be smaller the better the balance at the beginning of the pregnancy.

The degree of balance can be checked by a blood test that checks the level of glycated hemoglobin (HgA1C), which reflects the degree of sugar balance in the last three months. If the HgA1C level is very high, the doctor will recommend improving the balance before becoming pregnant to reduce the risk of defects in the fetus. The goal is to reach HgA1C levels lower than 6%.

Does pregnancy negatively affect the function of sensitive organs?

This is a question that worries women with diabetes, who are afraid to get pregnant for fear of damage to their kidneys or eyes. Other complications associated with diabetes are a higher than normal rate of preeclampsia , premature births , and larger than normal fetuses.

Bottom line, a woman with diabetes with a good balance and without serious damage to other organs, can expect a successful pregnancy.

And what happens after birth?

In women whose diabetes was discovered for the first time during pregnancy, it is recommended to perform a sugar loading test of 75 grams between 6 and 12 weeks after birth, in order to verify that the diabetes was only gestational.

What is the chance that the offspring of people with diabetes will develop diabetes?

Women with juvenile diabetes must be differentiated from women who had gestational diabetes or the disease attacked them in old age.

No excess prevalence of diabetes was found in children of women who had gestational diabetes. In contrast, a tendency to diabetes is familial.

Women with a family history of diabetes have a higher risk of developing diabetes, which is sometimes first detected during pregnancy, compared to other women. 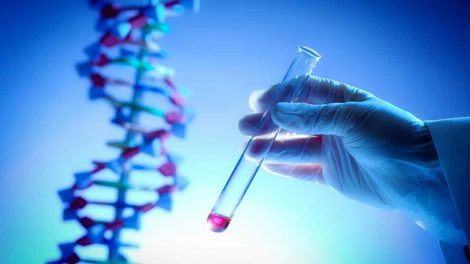 Genetic tests: what is recommended? Advice

Planning to expand the family? It is advisable to do genetic tests to enable early detection of diseases and defects in the fetus. An... 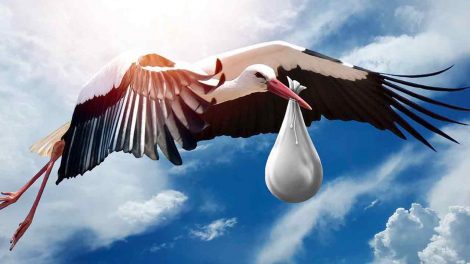 Answers to all questions about flying while pregnant. If your pregnancy is normal, there is no reason why you shouldn’t take off for a trip...

Shoulder impingement syndrome: what is essential
Nausea in pregnancy: 8 tips for Avoid
Comment