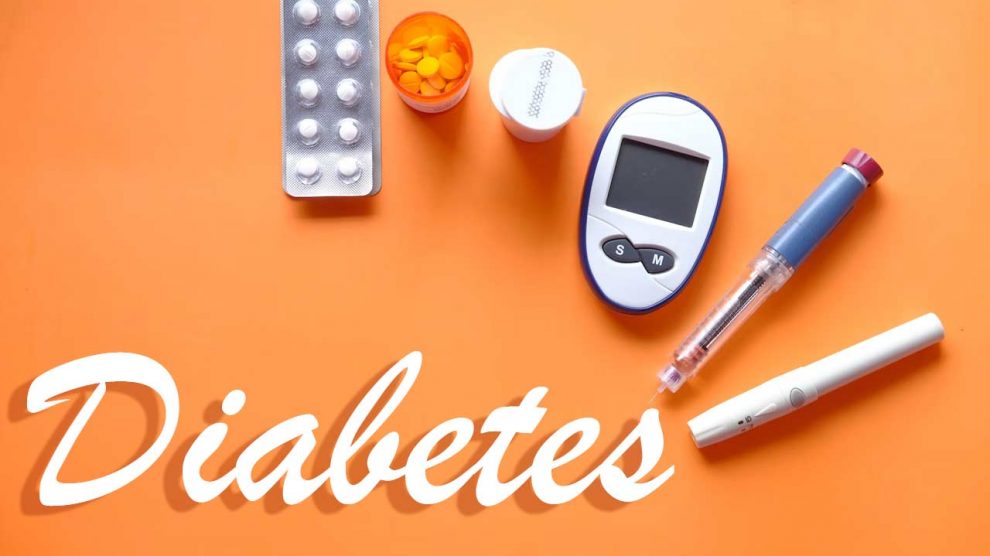 Diabetes is one of the most common diseases in the world. What is the difference between type 1 and type 2 diabetes? What are the symptoms? Who is at risk? How do you diagnose? What are the treatments? it’s dangerous?

It is a metabolic disease characterised by a high concentration of sugar (glucose) in the blood.

Diabetes is one of the most common diseases in the world, and the rate of patients with it is constantly increasing. It is estimated that between 8% and 9% of the residents suffer from diabetes and that in about 20% of diabetics the disease has not been diagnosed, and they are not aware of its existence.

In Latin, the name of the disease is Diabetes mellitus and it means: “sweet urine”. The origin of the name: when the blood sugar level rises above a certain threshold (180 milligrams per decilitre), it overcomes its absorption capacity in the kidneys, and as a result, the excess sugar is excreted in the urine – a condition called glycosuria.

The main problem in diabetes is a relative or absolute lack of the hormone insulin . Insulin is produced in the pancreas gland and secreted from it into the blood in response to an increase in sugar level (eg after meals). The insulin allows the penetration of the sugar from the blood into the various cells of the body, where the sugar is needed to produce energy necessary for their normal functioning.

In diabetic patients there is a lack of insulin or a defect in its activity or a high resistance of the tissues to it. If you suffer from a lack of insulin or abnormal insulin, the body does not have the means to introduce sugar into the cells. As a result, glucose accumulates in the blood, a condition called hyperglycaemia.

In a condition called “insulin resistance” the picture is different: the amount of insulin secreted by the pancreatic cells can be normal and even increased, and the insulin may be completely normal, but its activity in the target organs (such as muscle or liver) is impaired. Insulin resistance often begins about a decade before diabetes is diagnosed. The normal levels of sugar in those 10 years are due to increased secretion of insulin.

What are the types of diabetes?

There are four main types of diabetes: type 1 diabetes, type 2 diabetes, gestational diabetes ,  and diabetes due to other causes such as hereditary defect in insulin production (MODY), steroid-induced diabetes, and organ transplant diabetes.

Type 1 (known as juvenile diabetes) results from a complete lack of insulin as a result of the destruction of the cells in the pancreas that are responsible for insulin secretion.

Many factors contribute to the outbreak of type 1 diabetes, including the immune system that attacks the pancreas (autoimmune disease), hereditary predisposition and certain viral diseases that cause the production of inflammatory substances that can damage the cells in the pancreas and destroy them. Vitamin D deficiency in infants is another possible cause of the disease.

In the past, it was believed that there was a connection between an allergy to cow’s milk and type 1 diabetes, but the accepted explanation today is that there is no such connection.

As part of a large study, the results of which were published in January 2018 in the Journal of the American Medical Association (JAMA), infants, who were at high risk of developing type 1 diabetes, were divided into two groups: one group received formula that included cow’s milk, and the other group received only plant-based formula. No differences were found between the two groups in terms of type 1 diabetes morbidity.

Type 2  occurs when the pancreas still produces insulin, but the insulin fails to do its job: to introduce glucose into the body’s cells. It can appear at any age, but most often appears after the age of 40. It is mainly due to a genetic predisposition, but is also strongly influenced by lifestyle.

In the last decade there has been a constant increase in the development of type 2 diabetes among teenagers – mainly because of the obesity epidemic. A survey conducted in Israel between 2013 and 2015 shows that 15% of children in Israel are overweight, and among adults 36% are overweight, while 18% are obese.

What are the symptoms of diabetes?

Diabetes is usually detected in random blood tests, and has no clinical symptoms. When the blood sugar levels are very high (more than 250 milligrams per decilitre), signs that are characteristic of the disease can appear:

What are the risk factors for diabetes?

The risk factors for Type 1

Type 2 is often irreversible. This means: Diabetics usually have to take medication throughout their lives to prevent the disease from damaging their bodies.

However, conditions of type 2 prediabetes (blood glucose level after fasting that ranges from 100 to 125 milligrams per deciliter) are reversible through a change in lifestyle. Such a change includes maintaining a healthy weight, stopping smoking, proper nutrition and regular and consistent physical activity.

The diagnosis is made through a blood test. There are several indicators by which it can be determined that the subject has diabetes:

How is diabetes treated?

The key word in the treatment of diabetes is prevention: if you adopt a healthy lifestyle (abstaining from smoking, maintaining a healthy body weight and a healthy diet, regular exercise) you can prevent diabetes or at least postpone it for many years. When diabetes is balanced, you feel good, and you can lead a normal lifestyle.

It is of critical importance to prevent the transformation of a “pre-diabetic” state into diabetes through a change in lifestyle. This is actually the last window of opportunity to prevent diabetes just before it breaks out. Once the disease breaks out, it is almost impossible to turn the wheel back.

The key word in the treatment of diabetes after its onset is balance. Two large-scale studies – the American DCCT on type 1 diabetes and the British UKPDS on type 2 diabetes – proved that balancing sugar levels dramatically reduces the risk of the various complications of the disease. This is especially true regarding complications arising from damage to small blood vessels such as damage to the retina, kidneys and nerves.

The treatment is different for each type of diabetes. In type 1 diabetes, there are no beta cells at all, so the treatment is based entirely on the administration of insulin from the outside.

On the other hand, in type 2 diabetes there are beta cells that are still functioning, so the treatment can be based on this residual function. However, diabetes destroys more and more beta cells over time, so type 2 diabetics also often end up in a situation where they need insulin treatment.

In addition, it is very important that they divide their food over six meals a day: three main meals and three snacks. This division is essential to avoid large fluctuations in the blood sugar level. From these things it appears that diabetics are advised not to skip meals.

In patients with type 1 diabetes, the treatment is based on the administration of insulin. There are several types of insulin, and they are classified according to their duration of action.

Diabetics must adhere to the dosages and timings of taking the drugs and injecting insulin – according to their meals and physical activity and according to the recommendations of the treating staff.

Untreated diabetes causes many complications resulting from the destruction of the blood vessels due to the accumulation of glucose in them. However, those who take care to balance their diabetes are not expected to suffer from the complications listed here:

One of the factors that increase the risk of amputation is the damage to the sensory nerves in the legs of many diabetics. In case of loss of sensation in the foot, the patient does not feel the wounds and does not rush to treat them. Since it also damages the blood vessels in the limbs, less blood flows to the leg wounds – which impairs their ability to heal. It should be emphasized that Kallit has special clinics for the treatment of difficult-to-heal wounds .

There are also acute complications for diabetes that result from high levels of glucose in the blood:

Brief explanation: when there is an extreme lack of insulin, the body feels hungry (because in the absence of insulin the cells do not receive glucose) and it breaks down fats to obtain a source of energy. A byproduct of fat breakdown is the formation of keto bodies. These lower the PH level in the blood.

This means: the blood becomes more acidic. This condition is called “metabolic acidosis” . This is a medical emergency that causes the patient to become dehydrated and to dangerous changes in the balance of salts (mainly potassium) in the blood.

• Hyper Osmolar Hyperglycemic Syndrome – occurs mainly in type 2 diabetes patients. In this syndrome, the sugar levels are extremely high – usually over 600 milligrams per deciliter. The main symptoms are severe dehydration, decreased level of consciousness and sometimes cardiovascular complications due to hypercoagulability.

What are the warning signs that require immediate treatment?

As a result of the drug treatment, hypoglycemia may occur – a drop in the sugar level to a value that is too low. The signs of this are a rapid pulse, weakness, tremors and even fogginess and loss of consciousness. The immediate treatment is rapid consumption of glucose in food or drink and in extreme cases – glucagon injection.

Too high levels of blood sugar can also cause blurring and loss of consciousness and require immediate medical help.

How do you learn to live with it?

It is important to have a routine of life that includes, among other things, adherence to medication and routine tests, such as periodic blood tests, an examination by an ophthalmologist once a year, a daily self-examination of the feet, periodic follow-up tests and taking a pneumonia vaccine and a flu vaccine .

The goal of this routine is to enable a healthy and quality life to continue for many years.