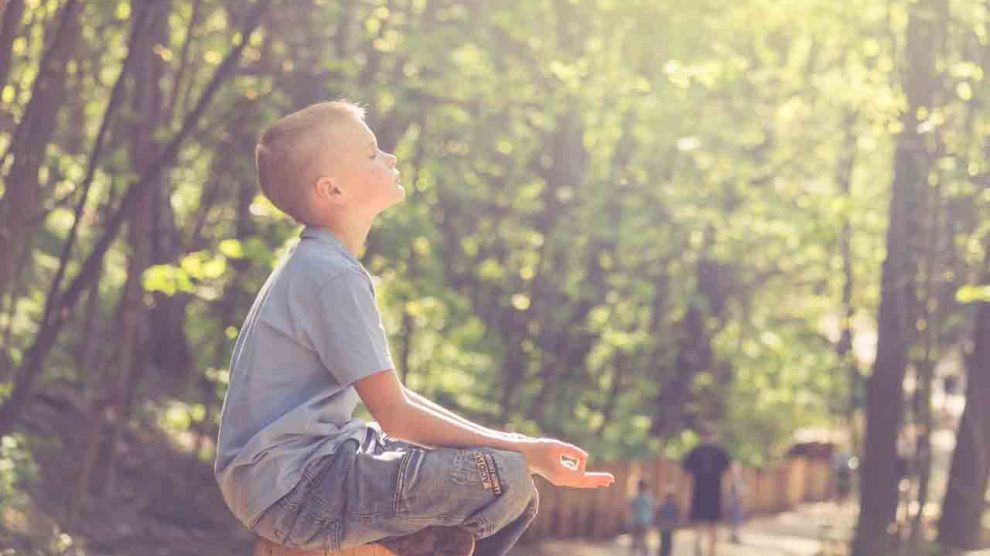 Vitamin D is essential for bone health and also has an important role in protecting the respiratory, heart and brain systems. Where does the body get vitamin D, which populations may especially suffer from its deficiency and are situations of deficiency or excess dangerous? And also: can vitamin D prevent corona? All the answers are inside

What is vitamin D?

Vitamin-D (also known by the names: vitamin D3, calciferol and cholecalciferol) is an essential vitamin that is mostly produced in the human body, is found in a small number of foods and is marketed as nutritional supplements. It is a fat-soluble vitamin that, along with calcium, is one of the most essential components for bone health.

Research done in recent years on this vitamin shows that it has other essential roles such as protecting the respiratory system, the heart and the brain. Additional studies are being done to examine the ability of vitamin D to prevent a long series of diseases including diabetes , cancer, mental illnesses, heart diseases, stroke (both for prevention and treatment), multiple sclerosis and inflammatory bowel diseases.

What are the ways in which the body receives vitamin D?

1. Self-production of vitamin D in the human body . Exposure of the skin to the sun’s rays causes it to produce vitamin D. In the skin, an inactive derivative of vitamin D is produced, and this undergoes action in both the liver and the kidneys to create the substance calcitriol, which is the active form of vitamin D.

2. Vitamin D in food . Vitamin D is also present in a small number of foods, including certain fish (such as salmon, mackerel and sardines), fish oil, fish liver oil and egg yolk. Food products artificially enriched with vitamin D are also marketed in USA, such as milk and its products, soy drinks and soy products, cereals, breads, margarine and fruit juices.

What is the role of vitamin D in the human body?

Vitamin D is essential for bone health. It encourages absorption of calcium from the digestive system, maintains normal levels of calcium and phosphorus in the blood and bones, encourages bone building and reduces bone breakdown. Without normal levels of vitamin-D in the blood, rickets can develop. Rickets is a condition where the bones become soft and brittle and may break. In the medical language, rickets in children is called rickets, while rickets in adults is called osteomalacia. In old age, vitamin D can prevent osteopenia and osteoporosis (bone thinning), if it is taken together with calcium.

In addition, vitamin-D deficiency may cause muscle weakness, worsening of muscle diseases such as fibromyalgia and joint diseases. Thus, for example, it became clear that many of those who suffered a hip fracture had a significant vitamin-D deficiency.

Why do many in the population suffer from vitamin D deficiency?

In USA, despite being a sunny country, there is a lack of vitamin-D among the general population. People of all ages tend to suffer from this deficiency: children, teenagers and adults. The main reason for this shortage is little exposure to the sun – mainly due to the well-ingrained fear among USA’s of skin cancer following exposure to the sun. Furthermore, when USA leave their homes or offices, many of them make sure to use sunscreens that block the sun’s radiation.

Staying in homes also characterizes children and teenagers. These days prefer to be in front of various screens and not play outside as before. In addition to this, it should be remembered that as you get older – and especially from the age of 70 onwards – the production rate of vitamin D in the skin decreases and is not as effective as it is in young people.

As mentioned, due to the corona epidemic and the prolonged quarantine that followed, many doctors raised the concern that the prolonged stay at home would exacerbate the lack of vitamin-D among the population and recommended that during this period the entire population should take supplements of this vitamin.

Which populations may especially suffer from vitamin D deficiency?

1. Elderly people. As mentioned, as you get older, the natural production of vitamin-D in the skin decreases when exposed to the sun. On top of that, many of the adults often stay at home and rarely go outside and be exposed to the sun.

2. People who for various reasons are rarely exposed to the sun, such as people who work from home, people who work all day in an office or immobile patients who are hospitalized in medical institutions.

3. People who wear long clothes all day and wear a hat because of faith, religion or the need to work in such conditions.

4. People who for medical reasons can be exposed to the sun only after they have protected themselves well with sunscreens.

7. People who suffer from inflammatory bowel diseases such as Crohn’s disease and ulcerative colitis. An inflamed colon absorbs less vitamin D from food compared to a normal colon.

8. People who suffer from diseases that reduce the absorption of fatty food. These are diseases such as cystic fibrosis, celiac disease and certain liver diseases.

9. People who suffer from obesity and people after gastric bypass surgery (bariatric surgery) .

10. People suffering from advanced kidney failure and dialysis patients, since in such situations the kidneys do not activate the vitamin created in the skin.

11. People who suffer from bone depletion (osteoporosis or osteopenia).

12. Babies from birth to one year old.

What amount of vitamin-D is recommended to consume daily?

The daily amount of vitamin D that is recommended to consume varies according to age:

• From the age of one year and older: 600 IHB. There are no guidelines from the Ministry of Health for the administration of a vitamin-D supplement to those aged one year and older. You should consult with the attending physician.

The USA Association for Osteoporosis and Bone Diseases recommends that men and women over 50 years of age take a vitamin-D supplement at a dose of 800 to 1,000 IU per day. This is a safe dose that does not require monitoring of vitamin-D in the blood.

People who suffer from vitamin D deficiency receive higher doses – according to the doctor’s recommendations.

What do you do in case of vitamin D deficiency?

The doctor determines the dose according to the severity of the vitamin-D deficiency. In many cases, the doctor is expected to recommend a fixed dose of 1,000 to 2,000 IU per day – until the deficiency disappears.

Vitamin B12, Whats the story?

You must not neglect him either

Should we be afraid of a high dose of vitamin D?

Toxicity from excess vitamin-D is rare. Its symptoms are, among others, weight loss, lack of appetite, increased urination and heart rhythm disorders. Patients who have too high blood levels of vitamin-D may also suffer from calcium build-up in the arteries of the heart or kidneys and increase the risk of heart attacks or kidney stones, especially if they also take a calcium supplement. Therefore, elderly patients who use a nutritional supplement containing vitamin-D should adhere to the dose of vitamin D as determined by the attending physician and not exceed it.

So what should you do?

1. The recommendations for the general population include exposure of the limbs to the sun for 20 minutes a day. It is advisable to do this in the morning or evening, when the sun’s radiation is not at its peak, and even then exposure should be limited to no more than 20 minutes a day, as increased exposure to the sun increases the risk of skin cancer.

2. As for foods rich in vitamin-D, it is possible that the Ministry of Health will issue regulations in the future that will allow additional foods to be enriched with vitamin-D.

3. Babies from birth to one year old receive a nutritional supplement containing vitamin D at a dose of 400 IU per day.

5. Blood tests to detect vitamin-D deficiency are usually done only for people at risk of such a deficiency and not for the entire population. Vitamin-D supplementation is not always necessary for the general population. It is recommended to consult the attending physician.

6. Those who are included in the risk group for vitamin D deficiency are expected to be sent – on the orders of their attending physician – to take a blood test to assess the levels of vitamin D in their blood. If a deficiency is indeed detected, the doctor is expected to prescribe a nutritional supplement containing vitamin D.

Can vitamin D prevent the corona disease or help in its recovery?

From several studies published over the past year, including a study conducted among Kalit customers, it appears that there is a connection between a lack of vitamin D and an increase in the risk of contracting the corona, as well as between a lack of this vitamin and an increase in the risk that in the case of contracting the corona, the disease will be more severe and even fatal. At the same time, studies are being conducted in which the ability of vitamin D to prevent or treat corona infection is being tested among those who are at increased risk of infection or among those who have already been infected with the virus.

Various health bodies in the world, recommend to the public to prevent vitamin D deficiency, especially during the Corona period, which is characterized for many by prolonged seclusion at home and insufficient exposure to the sun.

In the fall of 2020, the Nutrition Division of the Ministry of Health published recommendations regarding vitamin D during the Corona period. according to which normal levels of vitamin D in the body must be maintained through controlled exposure to the sun or by taking a supplement containing vitamin D. These are the recommended doses:

• For adults of normal weight: between 800 and 1,000 international units per day.

• For adults who suffer from extreme obesity: 4,000 international units per day.

• For children up to one year of age: 400 international units per day.

• For children one year old and older: 600 international units.

These recommendations of the Ministry of Health are general for the population in USA during the Corona days. If you suffer from underlying diseases, and especially from bone diseases or diseases of the digestive system, you should consult your doctor regarding the recommended dose. 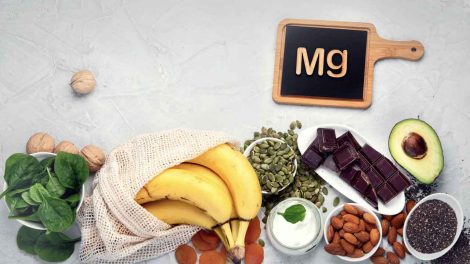 Magnesium: The Mineral That Can Save Your Life

Magnesium is an essential mineral for our body that contributes, among other things, to the health of the heart, bones and the immune system... 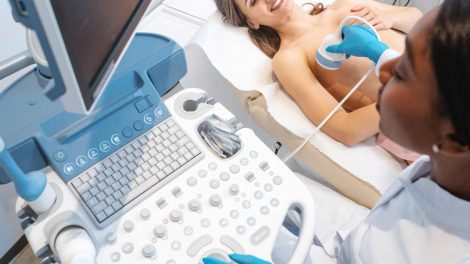 Breast cancer is the most common cancer in women in the world – one in eight is expected to get it during her lifetime. What causes him...

Diabetes – the complete guide
Vitamin B12 – important to know
Comment