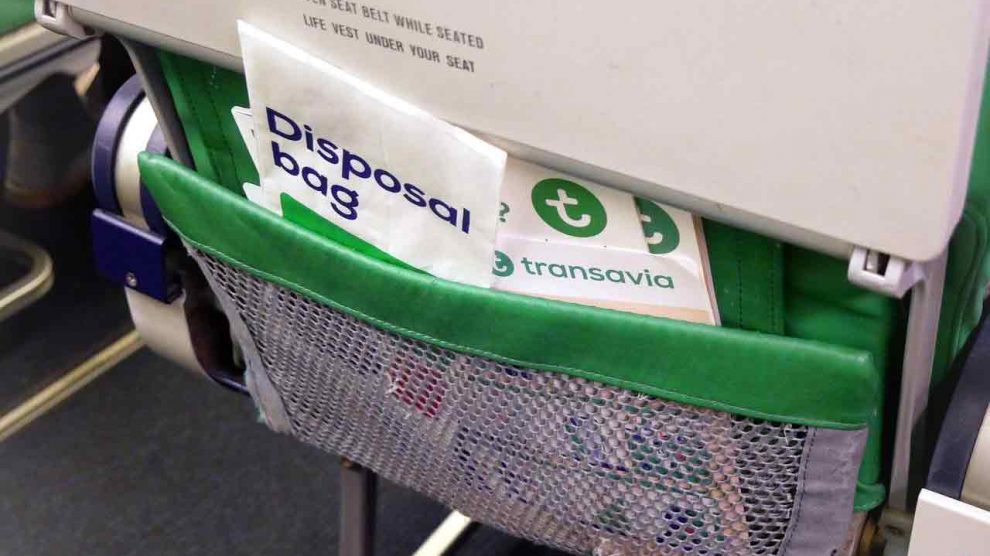 Most vomiting in children is caused by viruses. What else can cause vomiting in babies and children? What is the difference between vomit and discharge? How is vomiting treated? Everything you need to know when the child or baby is vomiting.

Vomiting (Vomiting, Emesis) is the ejection of stomach contents into the mouth and out. Vomiting is a fairly common phenomenon in babies and children – especially in children in kindergartens or nurseries – and in most cases they are accompanied by diarrhea or fever.

What is the difference between emissions and vomiting?

In small babies, it is necessary to distinguish between discharge and vomiting: discharge is the exit of a small amount of milk from the mouth after a meal, and it is completely natural in the first weeks of the baby’s life, because his digestive system is not yet sufficiently developed.

Vomiting, on the other hand, is the exit of a large amount of food suddenly (it means more than a few teaspoons), and not necessarily after the meal. Most of the time, due to the suddenness and quantity, the food burst will be sent “arcing” out. Many babies become frightened after they vomit and burst into tears.

The following factors may cause vomiting in babies and children:

in babies does not usually cause vomiting in children.

When there is a vomiting child in the house, it is mandatory to pay double attention to hygiene, including frequent hand washing with soap and water and making sure that the vomiting child has separate hand towels. A diaper removed from a vomiting toddler should be tightly sealed in a plastic bag before throwing it in the trash.

What is the recovery time from vomiting?

The duration of the vomiting depends on the cause that caused them.

Vomiting in children is usually caused by a viral infection in the digestive system ( gastroenteritis ) and passes by itself – usually within a few days. They may return if there is repeated infection with the virus that causes the infection.

If the reason is the narrowing of the stomach valve, the vomiting will pass only after surgery to expand the valve.

If the vomiting is caused by a more serious disease, it will pass only after treatment of that disease.

What helps vomiting? How to stop Vomiting in children?

Treatment of vomiting is mainly based on drinking enough fluids (in small sips) and on the consumption of minerals. At the same time, the child must be followed and watched over.

First, make sure that the baby or child receives a sufficient amount of fluids so that they do not become dehydrated due to vomiting (and due to the diarrhea that sometimes accompanies vomiting in children). Breastfed babies or babies who are fed formula (baby food compound) usually do not need additional fluids, since breast milk or formula is well absorbed and contains all the necessary minerals.

For older children, who are no longer breastfed or fed formula, it is recommended to give them additional fluids to drink – preferably an ORS (Oral Rehydration Solution) solution. This is a liquid solution that contains both salts and sugar and is absorbed in the intestines better than water or juice and Improves the balance of salts and minerals in the body. There are some preparations that are sold in pharmacies even without a doctor’s prescription, such as Hydran, Mineral and Electrorice .

If these preparations are not available, it is recommended to give the children solutions that contain sugar and salts and are not carbonated such as juice, tea and soup.

Be sure to take small sips

When giving fluids to babies and children, you should let them drink in small sips and make sure they take a break (even for a few minutes) between sips. Drinking this way is intended to prevent stimulation of the vomiting reflex. On top of that, it ensures that the liquids are optimally absorbed. You can let the child drink in sips using a spoon, syringe or straw.

Medicines that suppress vomiting in children are usually avoided, as they may have unwanted side effects. Such drugs (such as Zofran or Parmin ) are given to children only in cases of very severe vomiting, and when taking them they must be under medical supervision.

It should be remembered: if a child suffers from vomiting, it is important to monitor his state of alertness and then his behavior. Also check if he urinates.

What to eat after vomiting?

Regarding nutrition – for children who suffer from vomiting it is recommended to avoid fatty foods (such as fried food, tahini and avocado) that burden the digestive system.

It is recommended to give them dry and salty food that restores the sodium lost in vomiting in children. On top of that, it is a thirst-quenching food that will make the child drink and regain the fluids he lost through vomiting.

It is also recommended to avoid giving fizzy drinks, as the gases they contain may aggravate the vomiting in children. Citrus juices are also not recommended because they are acidic – which may also worsen vomiting and diarrhea.

After vomiting, only small amounts of food should be given so as not to induce further vomiting.

The most common complication of vomiting is dehydration , since in every vomiting you lose fluids. Dehydration can be dangerous, and should be prevented by drinking plenty of water.

However, one should avoid drinking a large amount of water at once and instead drink a small amount (about a third of a glass) many times a day. If the child has difficulty drinking because of the vomiting, the attending physician should be consulted, and he will consider the possibility of giving fluids through the vein.

Impairment of salt balance in the blood

In addition to the fluids, salts are also lost in vomiting, so multiple vomiting can damage the salt balance in the blood (and especially the sodium and potassium balance).

This complication is uncommon, but can have various side effects such as headache, confusion, and fatigue. It can be prevented if you make sure that the child who is vomiting gets enough fluids and salts.

Vomiting may have even rarer complications such as aspiration of gastric contents into the respiratory tract and the development of pneumonia , rupture of the esophagus as well as malnutrition following repeated vomiting. 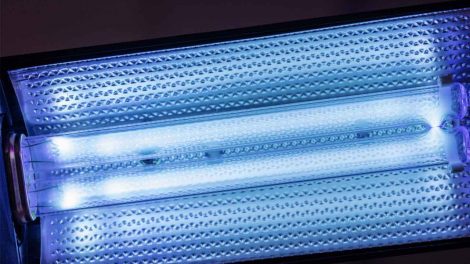 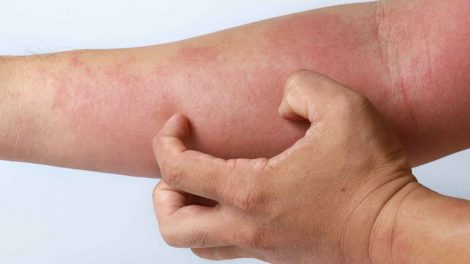 The symptoms of atopic dermatitis include an itchy rash and dry skin. What does skin asthma look like in babies, children and adults? Does...

How to calm a crying baby?
Massive Headache: Pain In the head
Comment