The symptoms of atopic dermatitis include an itchy rash and dry skin. What does skin asthma look like in babies, children and adults? Does nutrition affect the disease? Is it contagious? How do you treat it? All the answers to the burning questions

Doctors call it by its scientific name atopic dermatitis (in English: atopic dermatitis) or atopic skin inflammation. In the general public it is known as asthma of the skin, and some call it atopic eczema.

No matter what you call it, the bottom line is the same: it is a chronic inflammatory disease of the skin that affects about 10% to 20% of all babies and children worldwide, and does not miss some adults either (about 3% to 7% of them).

What does skin asthma look like? What are the symptoms?

Atopic dermatitis manifests itself in the following symptoms:

The distribution of the disease depends on the age of the patient:

Acute lesions of atopic dermatitis that include blisters and scabs

What are the causes of atopic dermatitis and its worsening?

Skin asthma results from a disturbance in the formation of the upper skin layer, in a way that leaves it permeable to various stimuli that create skin inflammation. Therefore, it is not an allergy of the skin to a specific factor, but a general tendency of the skin to react to various factors that penetrate it.

The disease may worsen due to the following factors:

Patients with atopic dermatitis have an increased risk of being sensitive to certain foods.

However, the risk that exposure to these foods will worsen the skin disease is quite rare. In the vast majority of cases, avoiding these foods or other foods does not improve the condition of the skin. That is why you should consult a doctor before deciding to avoid any foods.

Is it an inherited disease?

How is atopic dermatitis diagnosed?

The diagnosis is based on questioning the patient and a physical examination from which the following supporting findings emerge:

Is asthma of the skin a disease of children only?

The disease can appear at any age, including adults, but mainly affects babies and small children. In 65% of cases atopic dermatitis appears for the first time already in infancy and in 90% of cases – before the age of 5.

Contrary to convention, atopic dermatitis does not disappear in all children, and 40% of them continue to suffer from it in one form or another even after the age of 12.

What about recovery from atopic dermatitis?

As mentioned, atopic dermatitis mainly characterizes childhood. Studies show that about half of the children will stop suffering from the disease, while half of them will continue to suffer from it even when they are adults.

Both in childhood and in adult life, the disease is characterized by episodes of exacerbations and remissions related, as mentioned, to environmental elements such as the weather, humidity, contact with substances that irritate the skin and an aqueous environment.

Is it a contagious disease?

No, atopic dermatitis is not contagious.

Atopic dermatitis does not endanger the patient’s life, but it is a long-term disease that can significantly affect the quality of life. In extreme situations, where the rash appears all over the body, there is a risk of disturbances in the regulation of body temperature and loss of fluids.

The therapeutic approach to atopic dermatitis consists of following a certain lifestyle, regular preventive treatments and treatment when the condition worsens.

• Skin lubrication . The most important means of alleviating the disease and avoiding its worsening is keeping the skin moist.

When you shower, you should make sure to bathe in lukewarm water for a short period of time (5 to 7 minutes) with perfume-free soap, which does not dry the skin, or with bath oil. Apply moisturizer immediately after showering.

Many types of moisturizer are marketed. It is recommended to try on a sample before purchasing to ensure a personal fit for the skin, as different people can react differently. It is recommended to avoid natural preparations such as coconut oil and apple cider vinegar since they contain ingredients that may irritate the skin.

Research even shows the possibility that continuous lubrication of the baby’s skin may prevent the development of atopic dermatitis and even other allergic diseases among babies with an increased risk of the disease.

• Treatment of itching . Itching is the most difficult phenomenon in atopic dermatitis, and its treatment is an important step in the treatment of the disease.

And what happens if the situation worsens?

In case of worsening of atopic dermatitis, the patient should be examined by a dermatologist, and he will recommend one or more of the following drug treatments:

Such treatment reduces the itching and inflammation associated with outbreaks. There are many preparations (creams and ointments) that contain steroids, so you should consult a doctor regarding the exact preparation, the required dose and the recommended duration of treatment for fear of incorrect use that will lead to side effects. However, this is a safe treatment, and if it is carried out precisely according to the instructions – the risk of side effects is low.

It should be noted that, as a general rule, oral steroid treatment is not acceptable and leads to worsening of the rash shortly after stopping it.

If necessary, the doctor may decide on parallel treatment of the secondary bacterial infection using antibiotics.

In cases of moderate to severe atopic dermatitis that affects large areas of the body, and that cannot be controlled using the drugs mentioned above, or that requires prolonged treatment with local steroids, there are several treatment options:

When should you see a dermatologist?

If the basic treatment by oiling the skin does not help, and if you need to apply topical steroids for a long time (more than a week a month), you should consult a dermatologist. 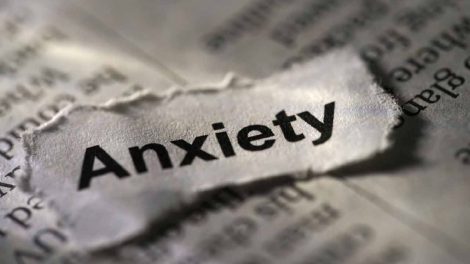 What is anxiety disorder? What is it caused by? What are her symptoms? How long does it last? How do you diagnose? How are you treated? This one-off... 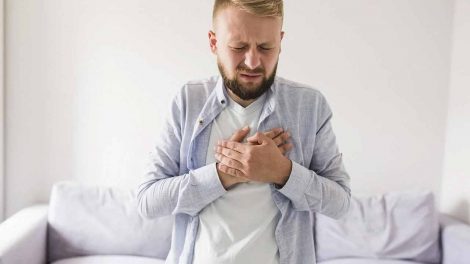 There is almost no person in the world who is exempt from one of the most distressing phenomena in our body: heartburn! burning in chest! Our...